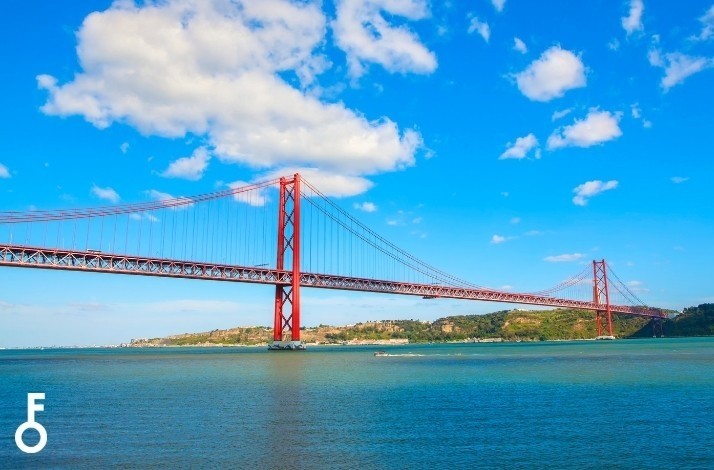 San Francisco is one of those cities that keeps secrets from visitors. You could live there for years and still make new discoveries of places and sights that have been there all along. San Francisco is a city with a colorful past, with landmarks and architecture spanning every major American era since the Civil War. To help you get to know such a dazzling city, here are some stops off the beaten path for past, present, and future.

Two places that often get overlooked on the tourist sites are profoundly important to the past in San Francisco.

Mission Dolores, formally called Mission of San Francisco de Asis, is another gem that often gets overlooked. It’s both stately and eerie, and as the oldest surviving building in the city, it works as ground-zero for experiencing historical San Francisco and its complicated character. Built by conscripted native Olohone, it stands as a reminder of both the struggle to survive the early California days and the lasting triumph many people find here. It’s the church where Kim Novak goes looking for the grave of Carlotta Vales in Hitchcock’s Vertigo, which only contributes to the Mission’s strangeness and your need to visit. 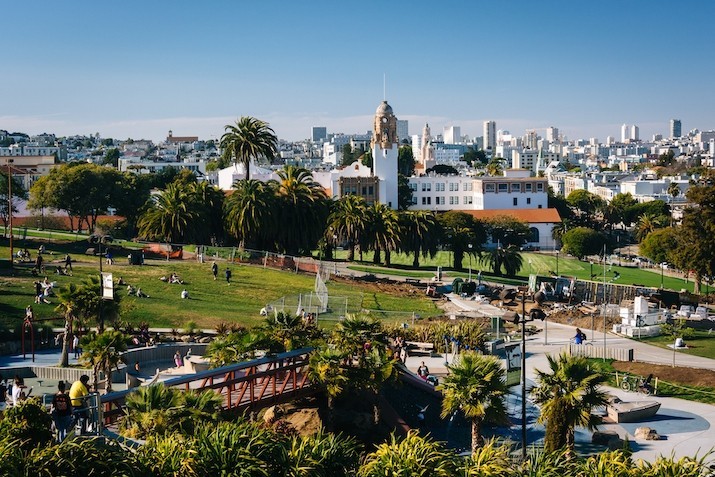 Fort Mason was formerly known as the Point of Embarkation. From 1941-1971, more than 2 million soldiers departed from here on their way to the WWII Pacific Theater, Korea, and Vietnam. There are three huge pavilions that jut out on three piers long  enough and wide enough to dock the ships that would carry thousands of troops. The surrounding buildings include a gorgeous skylit firehouse, 3 multi-story warehouses, officers’ quarters, and a parade ground. Now it is one of the largest event facilities in the City, including a massive Big Book Sale from the Friends of the Library, and it’s the best place to view Alcatraz. You can’t be any closer to it without catching a ferry to the Island. 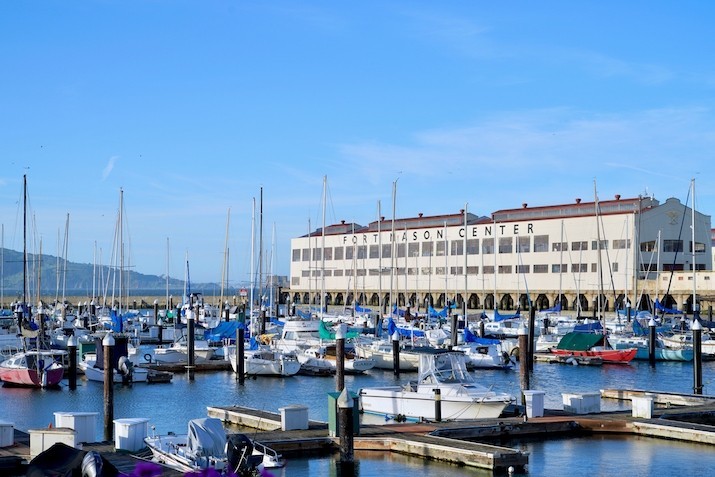 The day-to-day of San Francisco is full of excellent food and drink and a united love for its local sports teams.

Winner of three World Series Championships, the SF Giants have a devoted following throughout the city. They field lineups with all the boom and bust of a gold rush town: They have big bats, big heroic dives over outfield walls, and spectacular strikeouts (both pitchers and batters) Games are epic wins (or losses) starring characters that seem as though they escaped from Saturday Morning cartoons—characters named after panda bears, sporting dwarf beards, dugout preachers in knee-high britches and a star batter named “Buster”. Night games are a gorgeous experience as the sun sets, and the ocean, viewable from the upper deck on the third baseline, sometimes catches the home runs that go over the wall. When the Giants aren’t home, you can tour the ball park, seeing the field and the dugout, and get a history of the team. 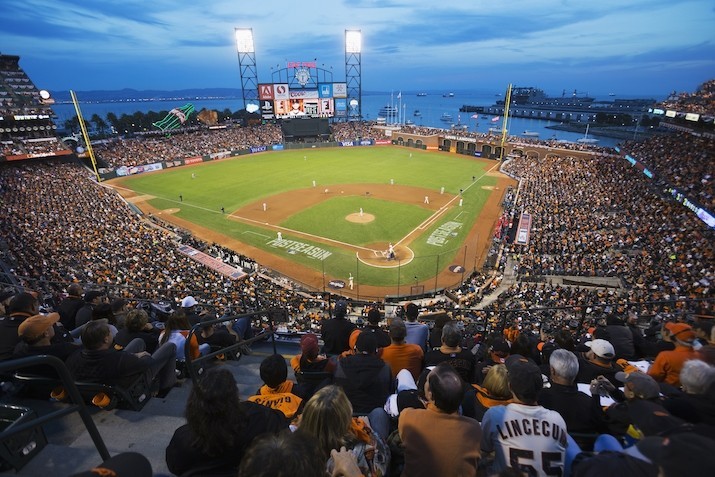 The ferry building today is what the tourist trap of Fisherman’s Wharf would have been a hundred years ago: a bustling marketplace with local food and goods that caters to the sea travelers and city dwellers. The gourmet food at the Ferry Building Marketplace is quintessentially San Francisco, and the seafood and sourdough sandwiches are fresher and cheaper than any you’d find at the Wharf (and without the lines of tourists). On Saturday Morning, there is one of the West Coast’s largest farmer’s markets from food all around The Bay Area. 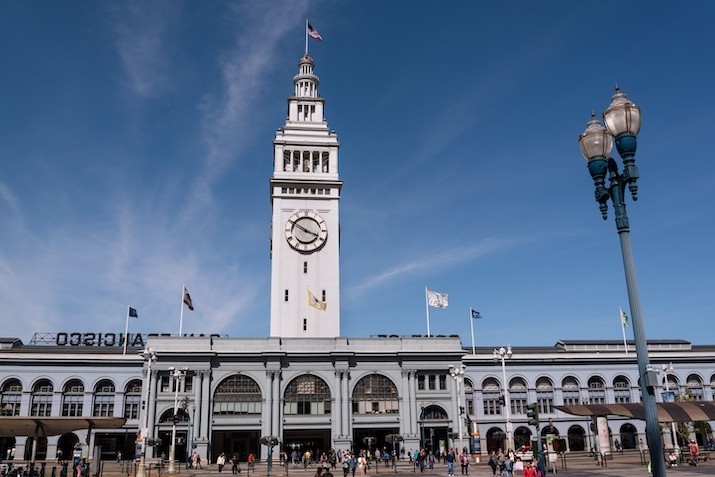 San Francisco has always been at the edge—of technology, of cultural movements, of the continent. To be in San Francisco is to get a glimpse at the innovations and ideas that will shape the lives of those far beyond the reach of the Bay Area.

The ever-changing collection of the San Francisco Museum of Modern Art features the who’s-who lineup of influential artists and avant-garde ideas that showcase future style and cultural movements.  Having hosted premier exhibits with Matisse and Jackson Pollock, it now also houses the 1,100 works from The Fisher Collection, making it one of the leading places to experience 20th Century art . After the renovation begun in 2013 in honor of the 75th anniversary, it is now one of the largest spaces in the world dedicated to modern art. It’s also one of the first museums to have free wifi and its own app, leading visitors on a detailed guided tour. 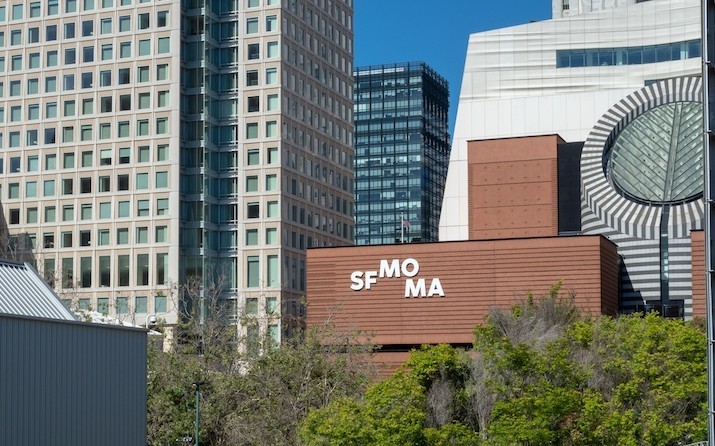 The Salesforce Tower is the tallest building in the San Francisco skyline, and the second tallest building west of the Mississippi river. At almost 1100 feet, it employs advanced architectural reinforcements against earthquakes.  Some say it’s the crown jewel in the San Francisco Redevelopment Plan, which transformed a dilapidated area (and former landfill) into a landmark hub of tech innovation. Not only is the tower the most recent addition to the San Francisco skyline, but it houses other industry leaders and coworking spaces that represent the future of the way we do business. In 2019, Salesforce opened the 61st floor for tours with advanced registration. If you can’t get in to see the top of the tower, consider picnicking at Transbay Transit Center’s Rooftop park for an up-close view of the marvel. 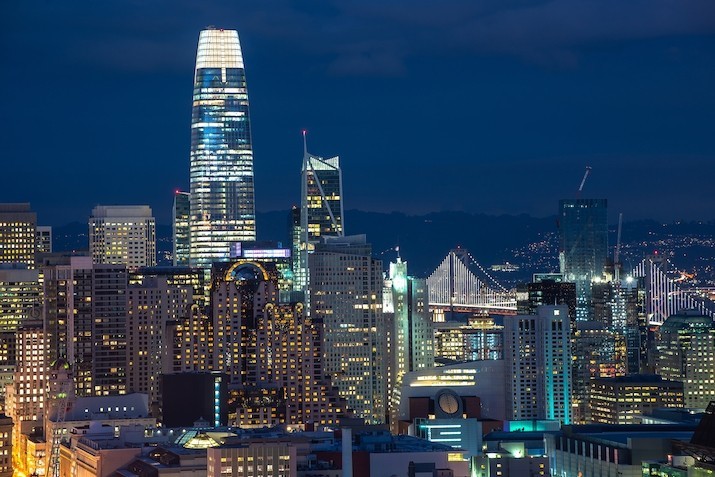