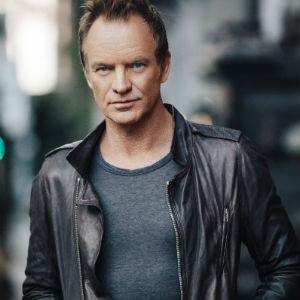 Composer, singer, author, actor, and activist, Sting is one of the world's most renowned and distinctive artists. Throughout his enduring career, he has received 16 Grammy Awards, a Golden Globe, an Emmy, four Oscar nominations, and has sold nearly 100 million albums from his combined work with The Police and as a solo artist. He is a member of both the Rock and Roll Hall of Fame and the Songwriters Hall of Fame and in December 2014 received the prestigious Kennedy Center Honors. He has appeared in more than 15 films and authored two books, including The New York Times best-selling memoir, Broken Music. In April 2018, Sting and Shaggy released their collaborative, island-inspired album 44/876, a nod to the duo’s mutual love of Jamaica. For more information, please visit www.Sting.com.