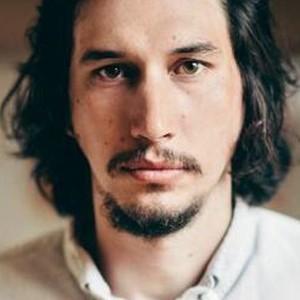 Driver currently can be seen starring in the first Broadway revival of Michael Mayer’s Burn This, opposite Keri Russell. His performance as ‘Pale’ has earned a Drama League Award nomination for Distinguished Performance. Upcoming, Driver will be seen reteaming with Jim Jarmusch for The Dead Don’t Die, starring alongside Bill Murray and Chloë Sevigny. Focus Features is releasing the film June 14, 2019. This fall, Driver has writer and director Scott Z. Burns’ The Report. Following that, he has Noah Baumbach’s Untitled Noah Baumbach Project, alongside Scarlett Johansson. Lastly, he has J.J. Abrams’ Star Wars: The Rise of Skywalker. Disney will release the film December 20, 2019. Most recently, Driver co-starred in Spike Lee’s BlacKkKlansman, alongside John David Washington. For his portrayal, he received numerous accolades, including Academy Award, BAFTA, Golden Globe and Screen Actors Guild nominations in the category of Best Supporting Actor. Film credits include Terry Gilliam’s The Man Who Killed Don Quixote; Rian Johnson’s Star Wars: The Last Jedi; Steven Soderbergh’s Logan Lucky; Martin Scorsese’s Silence; Jim Jarmusch’s Paterson; Jeff Nichols’ Midnight Special; J.J. Abrams’ Star Wars: The Force Awakens; Shawn Levy’s This Is Where I Leave You, Noah Baumbach’s While We’re Young and Frances Ha; Saverio Costanzo’s Hungry Hearts for which he received the Venice International Film Festival’s Volpi Cup; John Curran’s Tracks; Ethan and Joel Cohen’s Inside Llewyn Davis; Steven Spielberg’s Lincoln; and Clint Eastwood’s J. Edgar.  Television credits include HBO’s critically acclaimed series from Lena Dunham, Girls. His performance in the show garnered him three consecutive Emmy® nominations for Outstanding Supporting Actor in a Comedy Series. Past Broadway credits include Man and Boy (dir. Maria Aitken), opposite Frank Langella, as well as Mrs. Warren’s Profession (dir. Doug Hughes) opposite Cherry Jones. Off-Broadway, he starred in John Osborne’s Look Back in Anger (dir. Sam Gold), which earned him the Lucille Lortel Award for Outstanding Featured Actor. Prior to that, he took the stage as Louis Ironson in The Signature’s revival of Tony Kushner’s Angels in America (dir. Michael Greif).  Driver is a Juilliard graduate and is a former Marine who was with 1/1 Weapons Company at Camp Pendleton, CA. He is also the co-founder of the non-profit Arts in the Armed Forces.

Arts in the Armed Forces

06/29/2019
2 Tickets to Burn This on Broadway + Meet Tony Award Nominee Adam Driver
“Fill your life with adventures, not things. Have stories to tell, not stuff to show.” Better than we ever could have dreamed, this experience was completely amazing! Adam was funny, engaging and so generous towards myself and my friend who joined me. He took photos with us, gave us his autograph, and even told us the history of the amazing Hudson Theater, complete with ghost story! Prior to the experience, the ifOnly concierge and Adam’s team made sure we were informed and had every detail we needed to make our night perfect. If you’re on the fence about trying an ifOnly experience, go for it. You will not be disappointed!

Arts in the Armed Forces

Arts in the Armed Forces was founded by Academy Award-nominated actor and Marine Adam Driver (Star Wars, BlacKkKlansman, Paterson) in 2008, and its mission is to provide high-quality arts programming for active duty service members, veterans, military support staff and their families free of charge. AITAF's core program consists of bringing readings of contemporary American plays and monologues presented by professional actors and actresses to military installations all over the world. While on base, AITAF team members also take time to train in the specialty of the installation, so there is a true exchange between the artists and service members. Past participants have included Rachel Brosnahan, Laurence Fishburne, Keegan-Michael Key, Laura Linney, Mark Ruffalo, Michael Shannon, and Christian Slater, just to name a few. AITAF began programming with one event in 2008, and by 2018, has reached over 10,000 members of our military and grown to a goal of 12 events per year. In 2018, arts programming expanded beyond live play readings to include film screenings and an annual $10,000 playwriting award for military and veteran writers called The Bridge Award. Importantly, after each of AITAF’s performances, the creative team interacts with the audience through a question and answer session as well as a more informal mingling period. The goal is not simply to provide an enjoyable evening, but to use the powerfully emotional shared artistic experience to open up conversations capable of bridging the divides between military and civilian, service member and family member, the world of the arts and the world of practical action.

more from this charity

MORE FROM THIS CHARITY