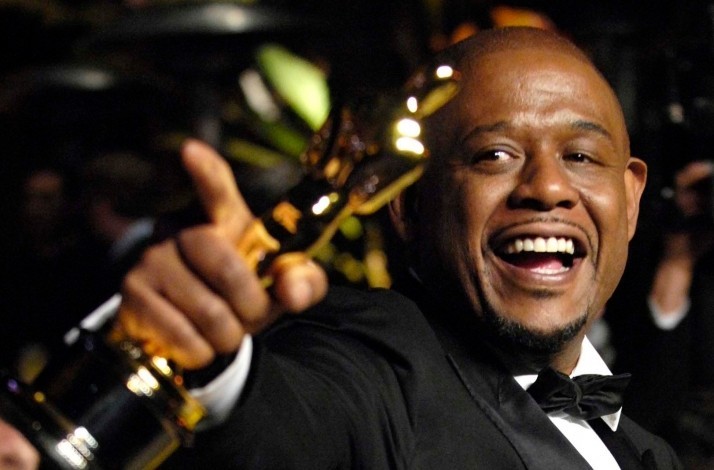 The Experiences Auction is our first collaboration with renowned auction house Sotheby's that explores how experiences might inspire, enrich, and bring you happiness. Among our offerings is a meeting with Forest Whitaker, which puts you at the center of this holiday season’s anticipated film, “Rogue One: A Star Wars Story.”

Below is an excerpt from Alexandra Owen’s interview with the actor and activist, in which he talks about entering the “Star Wars” universe as rebel leader Saw Gerrera and his work at The Whitaker Peace & Development Initiative (WPDI), for which this auction will benefit.

To read the entirety of Alexandra’s post "5 Questions with Forest Whitaker," go here. And to join Forest at the “Rogue One” exclusive screening in London and attend the after-party, place a bid online by December 9 here. If you're like us, and can't get enough of "Star Wars," you'll also want to check out the Los Angeles premiere and our treasure trove of autographed merchandise, which includes a suitcase filled with "Rogue One" toys and action figures.

Sotheby’s: How did you prepare to play Saw Gerrera in "Rogue One?"

Forest Whitaker: There’s a rich history of who Saw Gerrera is and where he originated, since the character existed in Star Wars lore before Rogue One was filmed. I started to prepare by looking at his journey throughout the Clone Wars series, and worked to understand Saw's sense of leadership on Onderon, his home planet. Then I explored how he began to fight back in the militia, and tracked the ways in which his training evolved: becoming a rebel as the war continued and ultimately even becoming too extreme for the rebels. Alongside a movement coach, I worked to figure out the significance of Saw's staff, which was imbued with great significance and the memories of his past.

Saw was trained by Obi-Wan Kenobi and Anakin Skywalker themselves, so the staff was much more than a walking tool; it was a way for Saw to incorporate his Jedi training and that philosophy into his existence. The staff also served as a reminder of the battles, which caused Saw to lose his leg, and helped me to build the character's emotions on my own. I saw how the loss of his friends and family pushed him to understand that the universe was being destroyed, and resulted in him becoming a freedom fighter in order to stop the destruction of the universe.

S: You’ve taken on a diverse range of roles. When you sign onto a movie, are you drawn to particular types of characters, scripts or themes?

FW: As an artist, I'm always attempting to continue to grow and find new ways to challenge myself. I seek to understand the connections between each character I've played throughout my career, as well as how they each relate to humanity. So, I look to choose characters, scripts and themes that help me to continue to explore that humanity, and which centre around our relationships within the world and the ways we can improve the quality of our lives.

S: Could you talk a bit about the Whitaker Peace & Development Initiative and what inspired you to start that organization?

FW: WPDI is an organization that I created in 2012 to mobilize young women and men from places that have been impacted by conflict or violence. In 2006, I was working on "The Last King of Scotland" in Uganda when I met Sam Okello. He was enrolled as a child soldier in the civil war that tore the north of the country for years. He told me of the campus he had created, Hope North, to rehabilitate former child soldiers. Too often, these children have lost everything. These youths needed more than assistance. I gave a lot of thinking to this and eventually came up with the main idea behind WPDI – to gather young women and men who come from traumatized communities and give them a unique set of skills as mediators, communicators, and entrepreneurs. My view is that we can help peace if we help communities transform from the inside, on their own terms. This is where the young people I train and support through WPDI are so important. They can bring about positive change that is based on global awareness, but that remains in tune with local realities.