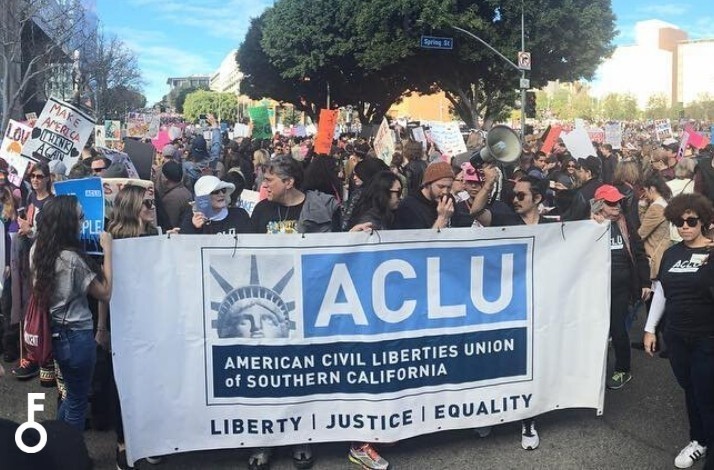 It is easy to take freedom for granted. But the values we hold dear ­–freedom of speech and the due process of law among many others–can easily be undermined and lost without relentless and unequivocal defense. That is where the American Civil Liberties Union comes in. The American Civil Liberties Union (ACLU) defends the fundamental rights outlined in the U.S. Constitution and the Bill of Rights. These include the right to freedom of speech and assembly, the right to religious freedom, due process of law, equality before the law, and the right to privacy. They fight for your rights every day.

The ACLU of Southern California is one of three affiliates in California and works on behalf of the people of southern California.  The ACLU of Southern California affiliate has led the charge in some of the most critical events in our nation’s history, including advocating for thousands of interned, innocent Japanese Americans during World War II, an unflinching support of Americans' First Amendment rights during the McCarthy era, staunch opposition to the Vietnam War, encouraging Nixon's impeachment, and establishing the concept of an Economic Bill of Rights. The ACLU continuously advocates for no less than a nation in a bid to help the United States live up to its promise of liberty and justice for all.

Currently, the ACLU is focusing its efforts on several inspiring and important missions. They are standing up for gender equality, immigrant rights, reproductive rights, changes to the criminal justice and drug policy, and more. You can learn in more detail about their hard work and progress on their website and help support their cause via donations.

Another way you can help support ACLU Southern California is by entering the #MadAboutSweeps! With entries starting at $10, you could win a once-in-a-lifetime chance to go behind the scenes of the beloved show Mad About You’s New Limited Series. This includes:

Enter today for the chance of a lifetime and help support the amazing efforts of ACLU Southern California!