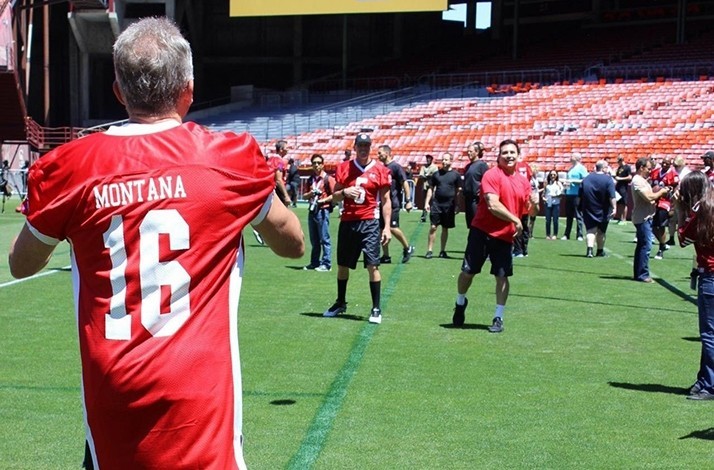 Imagine if someone had accidentally left Candlestick Park’s field gate open, and you suddenly had access to the home of the famed San Francisco 49ers. Then imagine walking walk onto the field, putting on a jersey, and joining the team for practice.

That is exactly what a few lucky guests from IfOnly were able to do this past weekend with our Legends of Candlestick Private Practice package. Joining the team as honorary 49ers for the day, our members found their own place on the field. They chatted with football icons such as Joe Montana, Jerry Rice, and Roger Craig, grabbed some photos, and joined the team when the sports heroes came out to practice. The passes flew and the conversation flowed. As they shared funny football anecdotes, our members’ title of  “honorary player” began to feel authentic. 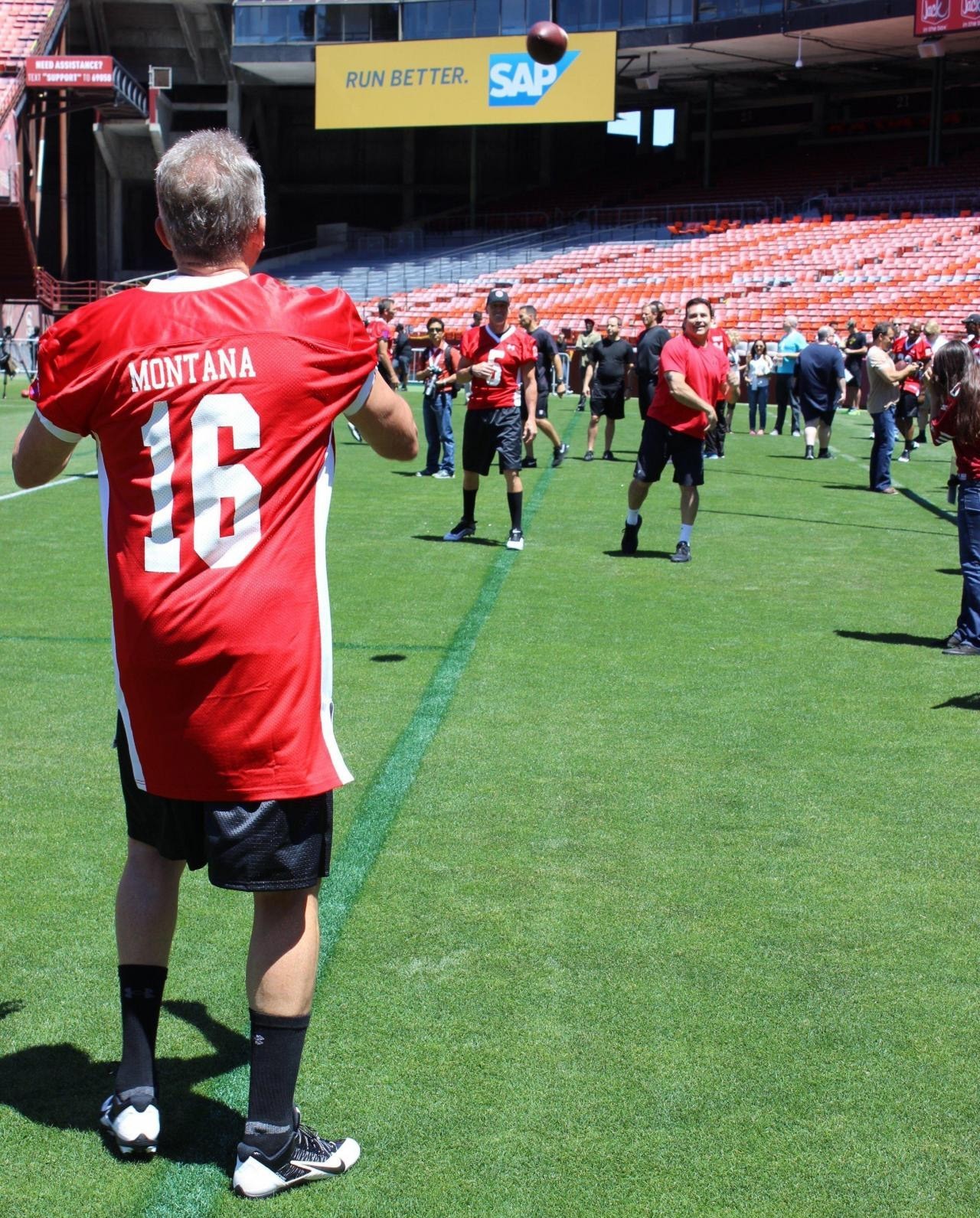 When practice slowed, Joe backpedaled as one of our lucky guests awaited his pass on the other side of the stadium. Joe spotted him and threw the football to our attendee, who received it in the end zone, essentially replicating Joe’s historical pass to Dwight Clark in the 1982 NFC Championship Game – a catch that made NFL history.

The next day our guests returned to watch the players battle it out on the gridiron. As the seats began to swell with supporters, our guests were privy to sideline seating, close enough to feel the wind of the players moving on the field. They watched on intently as Joe Montana and his team of fabled 49ers played against NFL Hall of Famer Dan Marino and many others for the very last time. 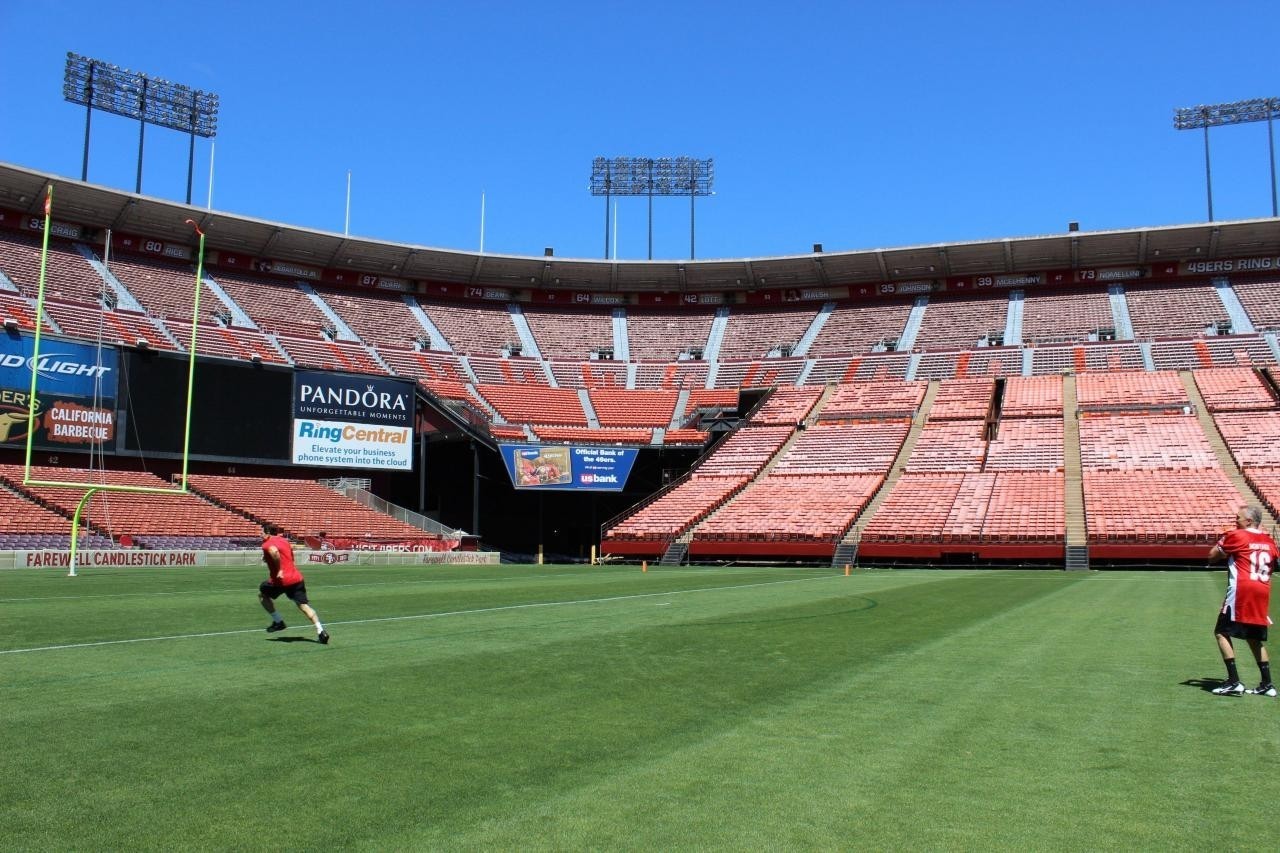 The players, the fans, and the games were filled with respect and amiability. As the 49ers made an ultimate and winning touchdown in the final moments, the reverence for this final farewell to Candlestick Stick Park was practically tangible. The harmonious final play was the perfect close to a long history of on-field turmoil, and our six honorary players were able to give this legendary stadium the goodbye it deserved.